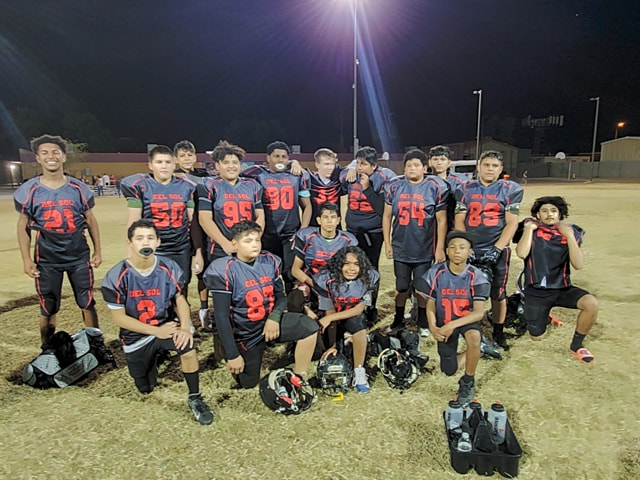 Del Sol Falcons 18, Murphy 14
Del Sol asserted itself as the top gun in downtown Phoenix with a 18-14 win over rival Murphy.  The two played a close one a few weeks prior, a 7-6 thriller also won by Del Sol.  This one was full of big plays that included a game closing one handed interception by Xzavier Delgado and time consuming, grind out running by Kayvon Jackson.

Murphy stayed in the game with a stubborn defense and electrifying 55 & 85 yard TD runs by Murphy's Eric Washington. 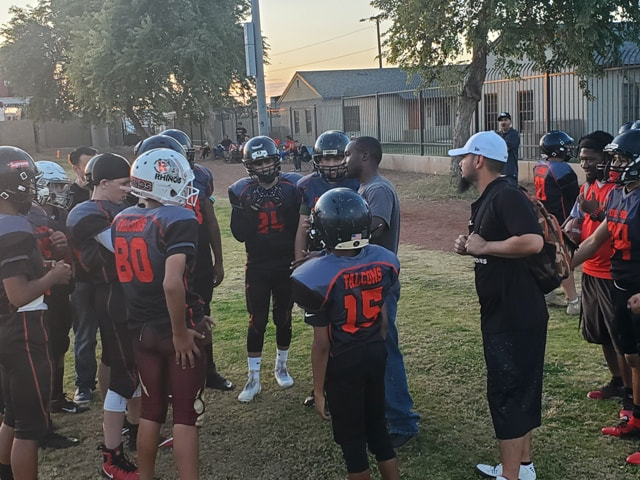 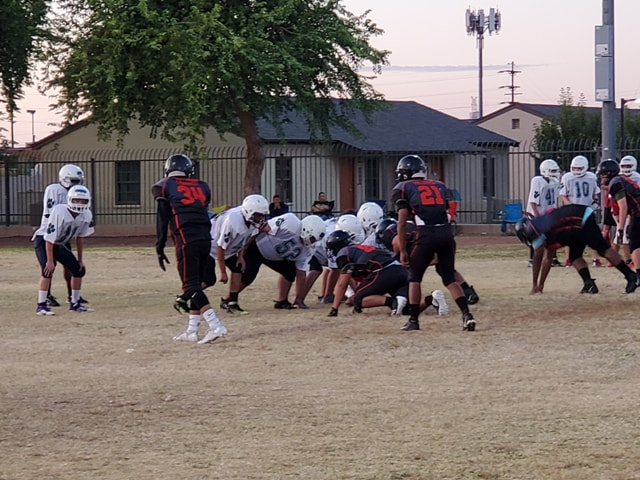 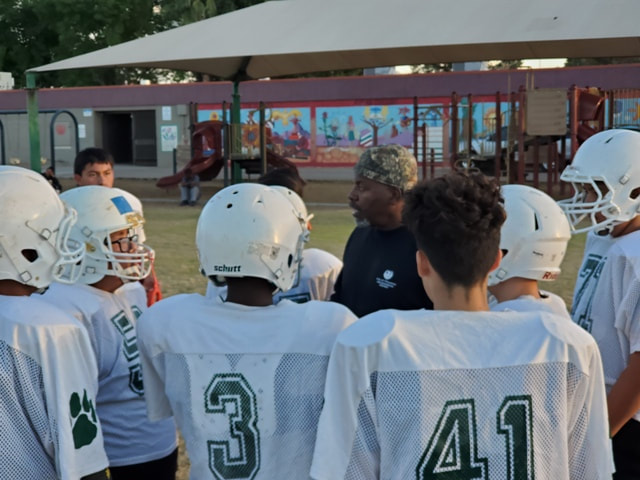 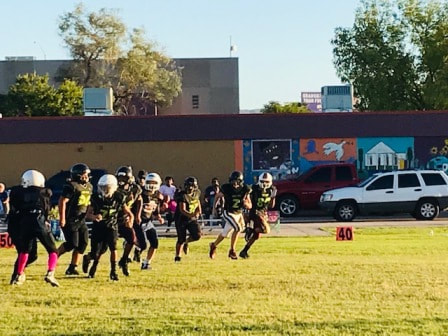 Del Sol Falcons 3-1 vs Murphy Football 1-1
The Falcons are coming off an eye opening loss vs Indio.  They'll be motivated, especially since they are the front runner.  They also won the DAC two years ago.  Murphy, with 3 titles and 3 city championships, has it's best team in a few years and player of the year candidate Eric Washington.
F 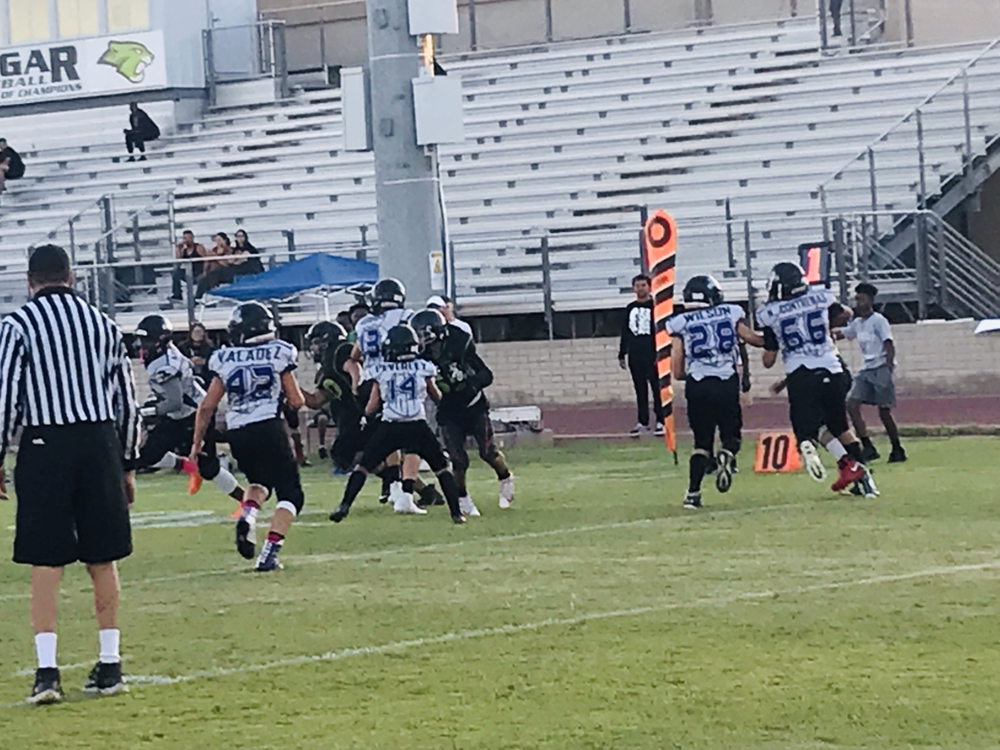 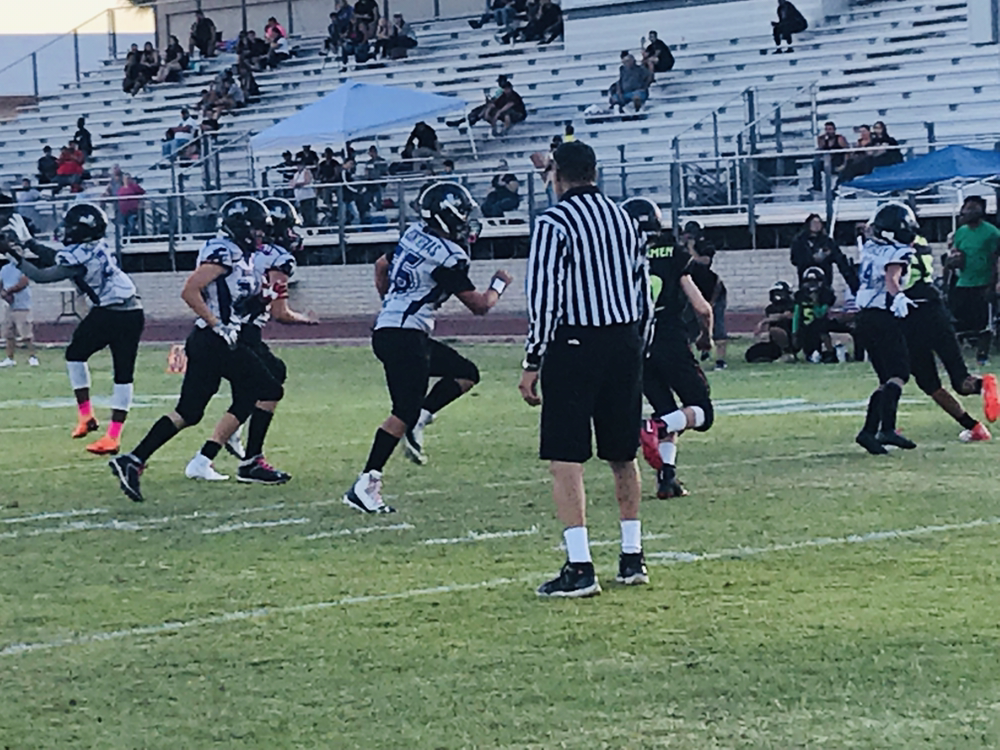 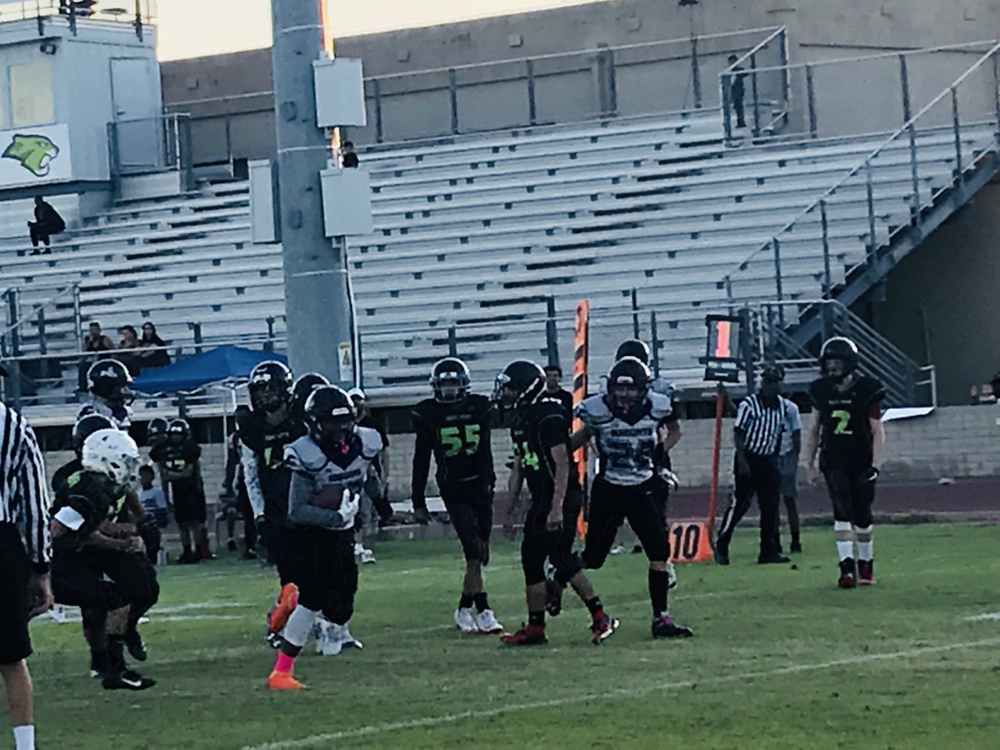 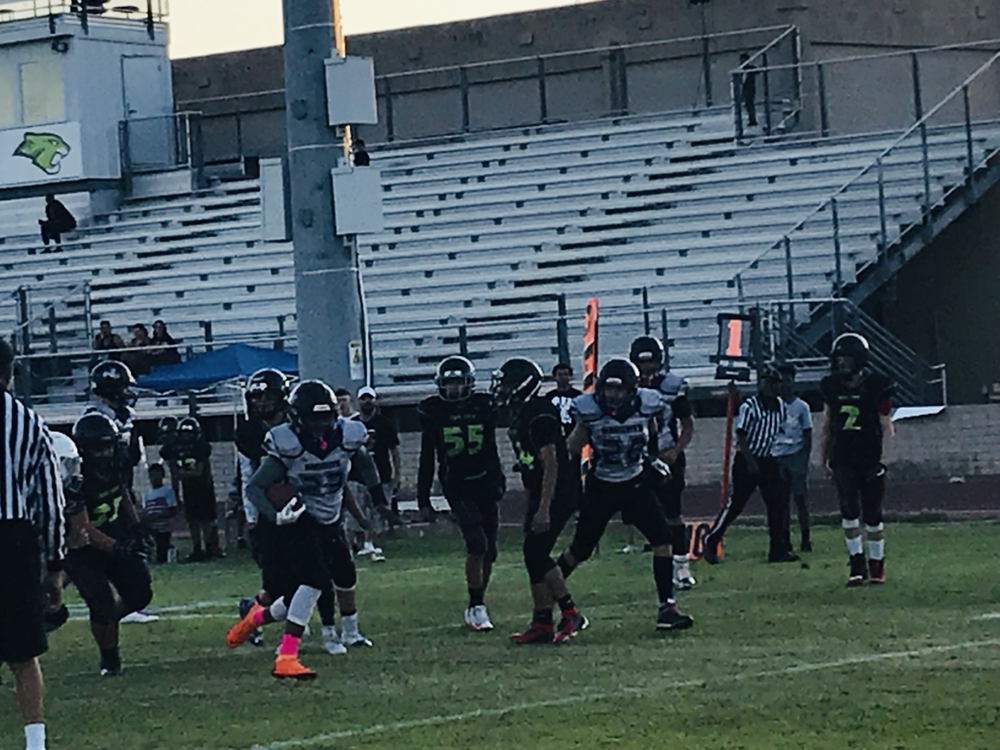 The visiting Hawks, from the Imperial Valley Conference in California, gave the Del Sol Falcons all they could handle at Phoenix Christian high school.  They controlled both lines of scrimmage with a balanced offense and an attacking, disciplined defense.

The Falcons were off a physical win over Murphy to win the regular DAC season but were outmatched this time.  They face Murphy again on November 2nd for the league championship. 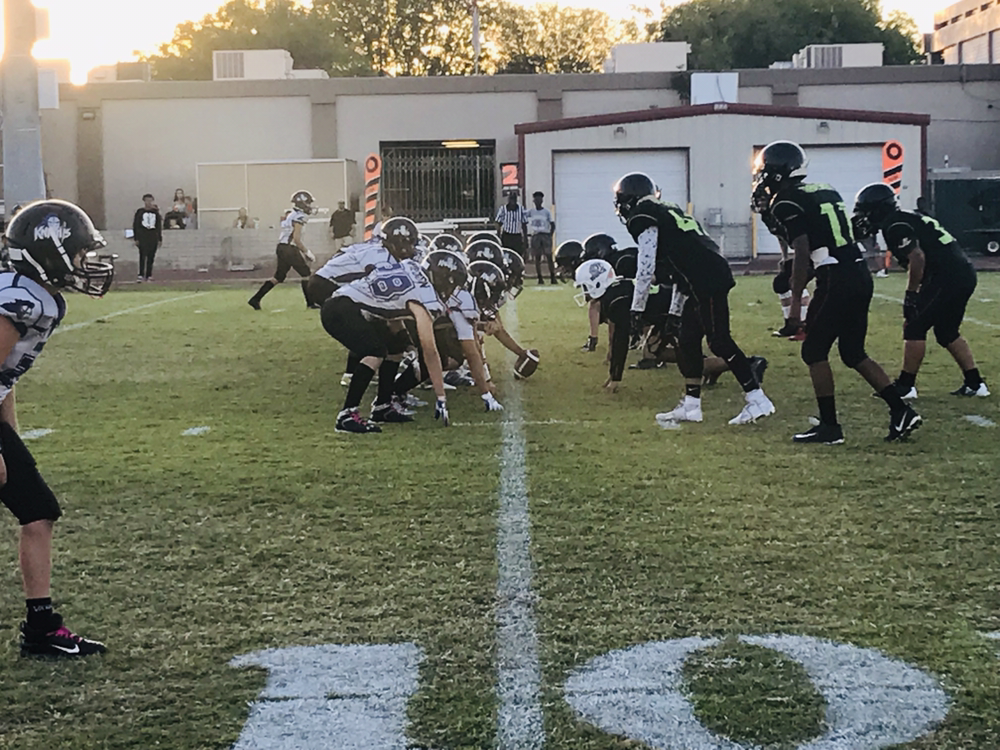 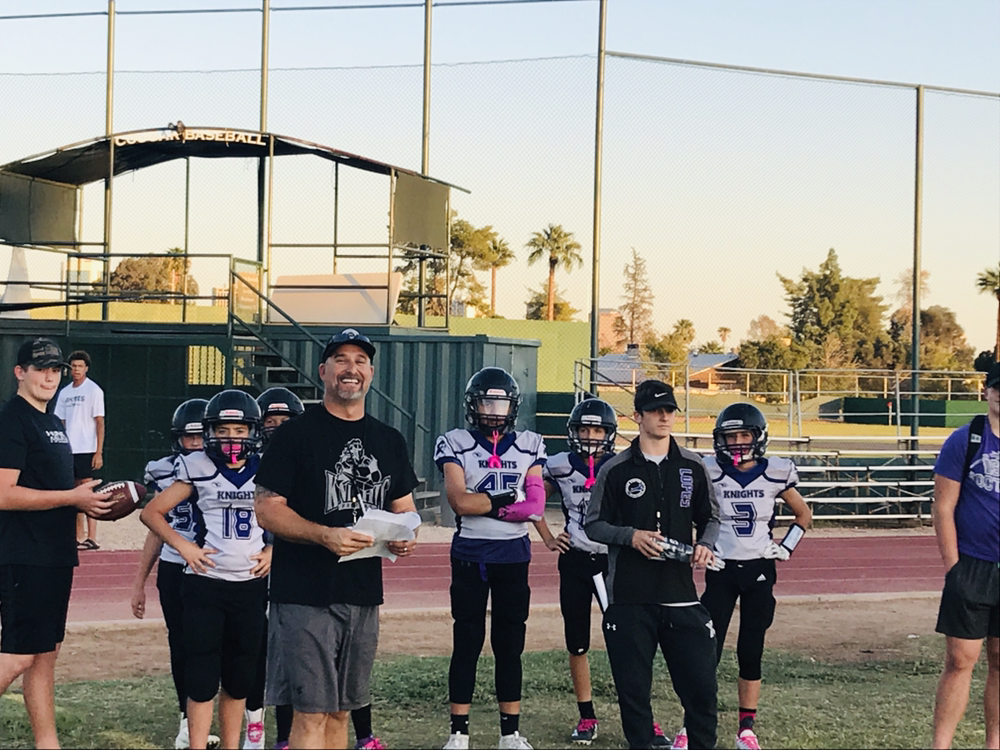 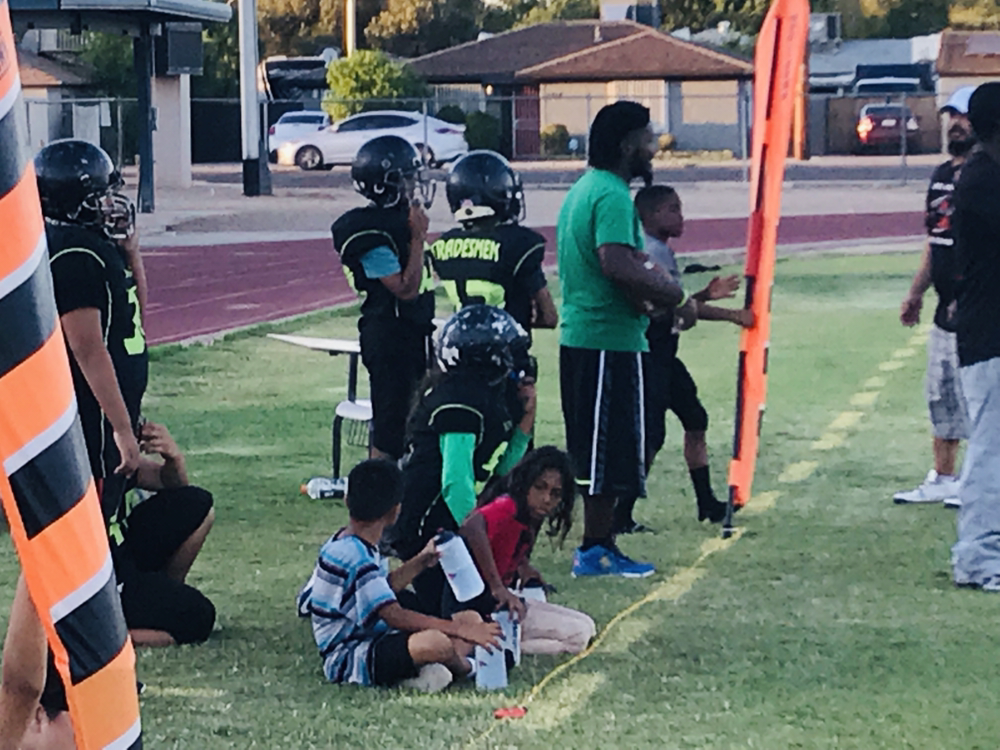 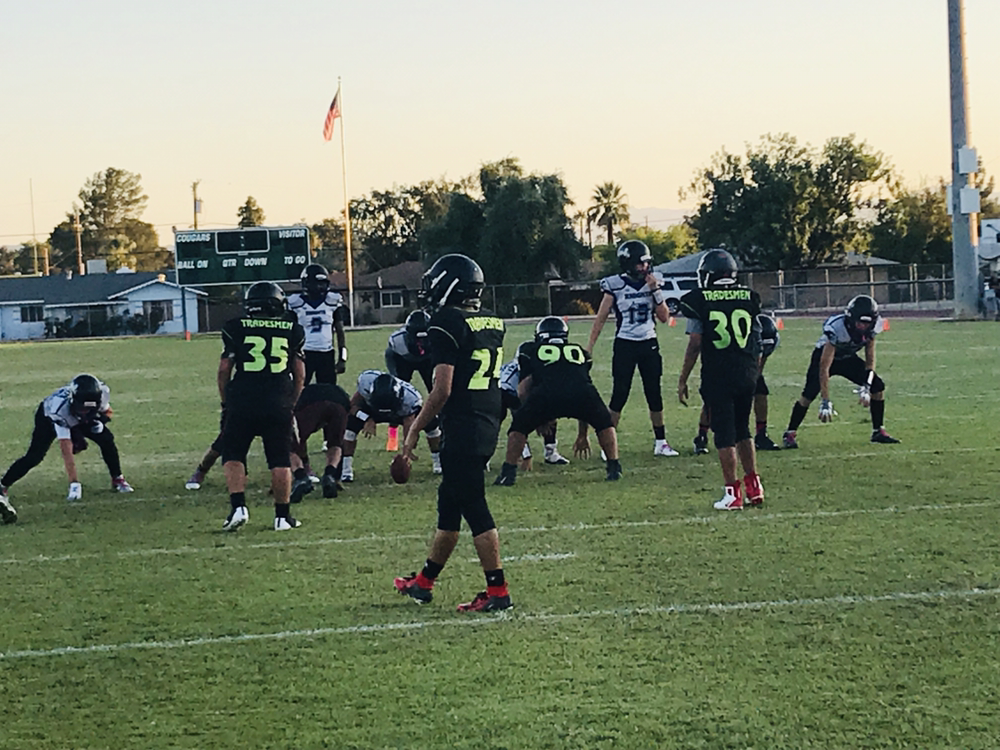 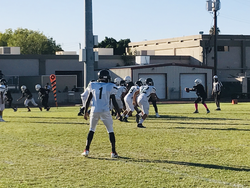 It's been 10 years of match ups between Hamilton based South Central lead my Coach Mo and Sullivan school based Murphy and it was even, until this day.  The teams also shared 3 championships each as well.

Murphy quarterback Robert Strickland was having another great game on offense and defense before going down with an injury.  South Central quarterback Kezion Dia Johnson was having a great game on  the ground and in the air connecting with H-Back Gavin Mitchell and new found weapon Dominic Parris and looking comfortable with a 12-6 lead deep into the second half.

The Eric Washington happened.  The Cougars went up 19-6 after a Dia-Williams 40 yard run.  Prior to that Achilles Lopez closed out a punishing drive with a 20 yard TD run and it looked like South Central was in control.

After trading touchdowns with Dia-Johnson, one a 80 yard run.  Eric Washington closed things out on a 65 yard scramble giving Murphy the 19-16 win.  The win sets up a rematch between new found rival Del Sol Falcons on November 2nd.  The Falcons won 7-6 in a physical matchup in their last meeting. 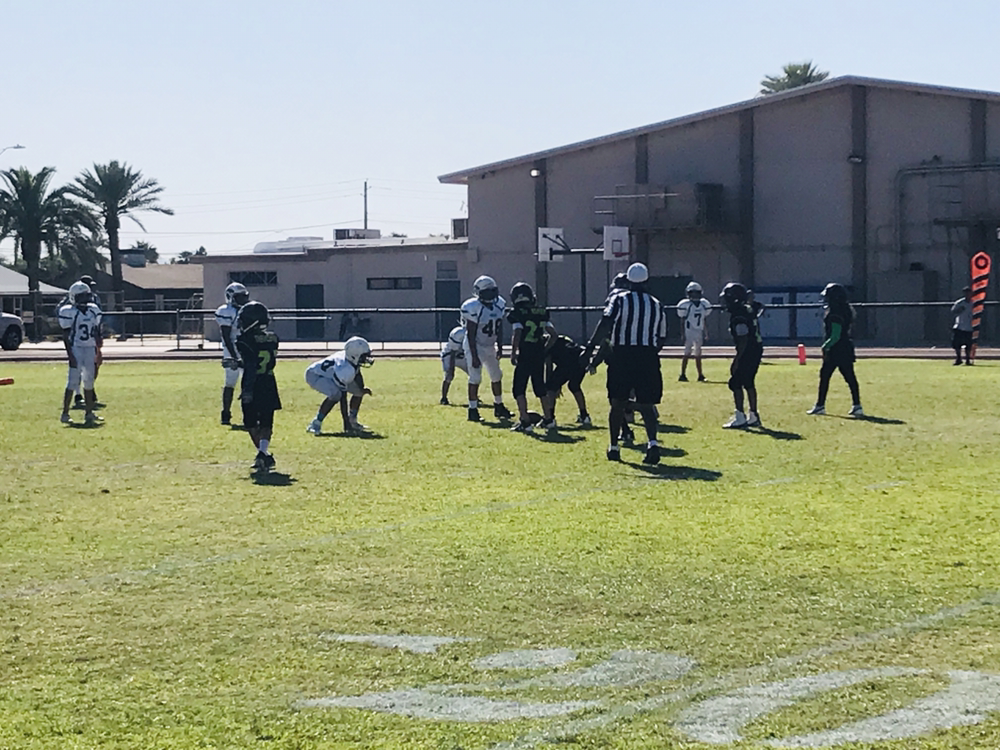 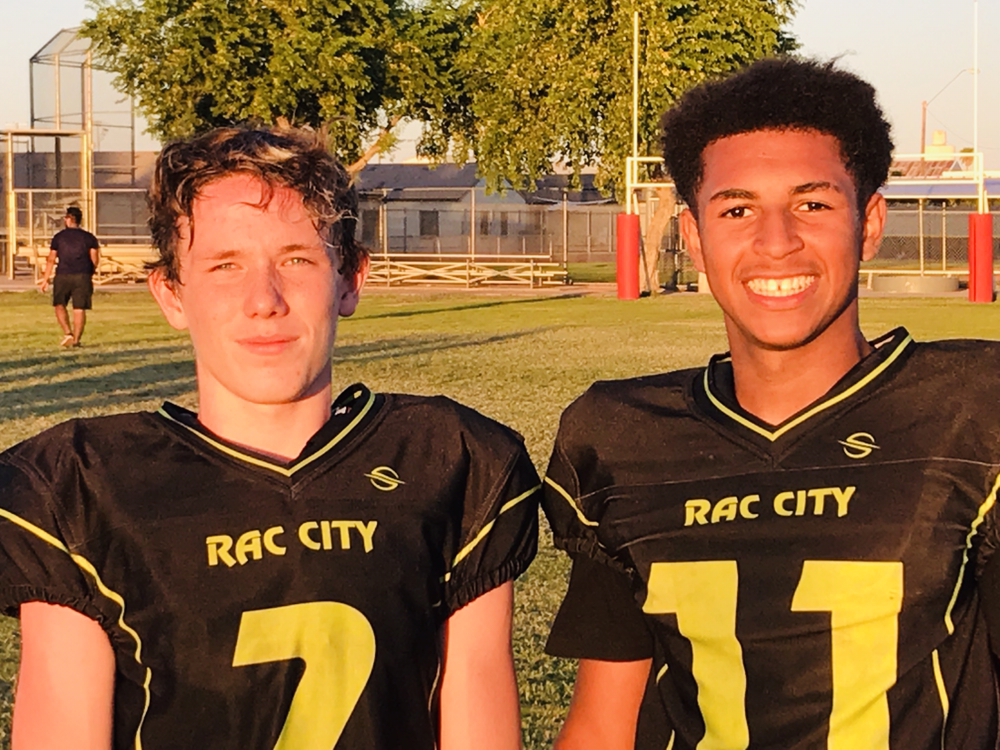 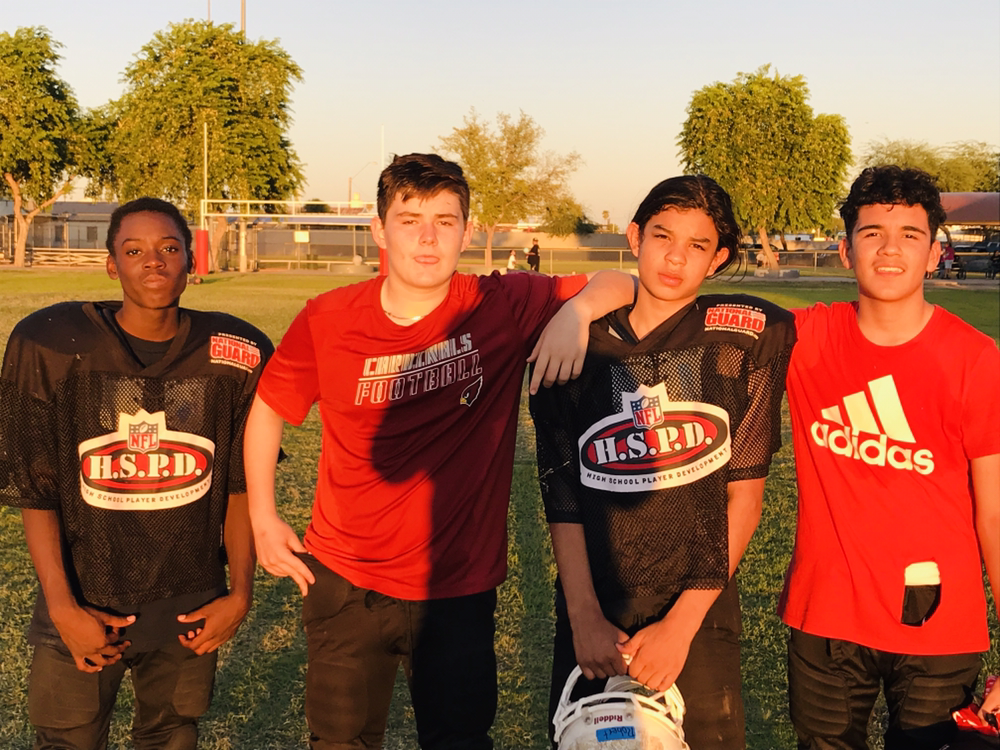 This is their 10th meeting and the series is split. The winner faces conference champ Del Sol in November. The looser is winless and may get another game vs a team with a similar record.

Both are talented. Eric Washington ran all over the Cougars years ago as a 6th grader, now he’s one of the downtown areas top players. Quarterback/DB Robert Strickland had a big day last week making a key interception vs Del Sol.

Murphy played well in its opener. Quarterback Kezion Dia-Johnson had a 300 yard day vs Yuma but was stopped cold by Del Sol. Tight end/DB Gavin Mitchell has been clutch as a receiver but off and on defensively. The line is anchored by Harvey Ong, one of the leagues top returning linemen. The running back duo of Luke Hocking & Achilles Lopez must prove they can go both ways. 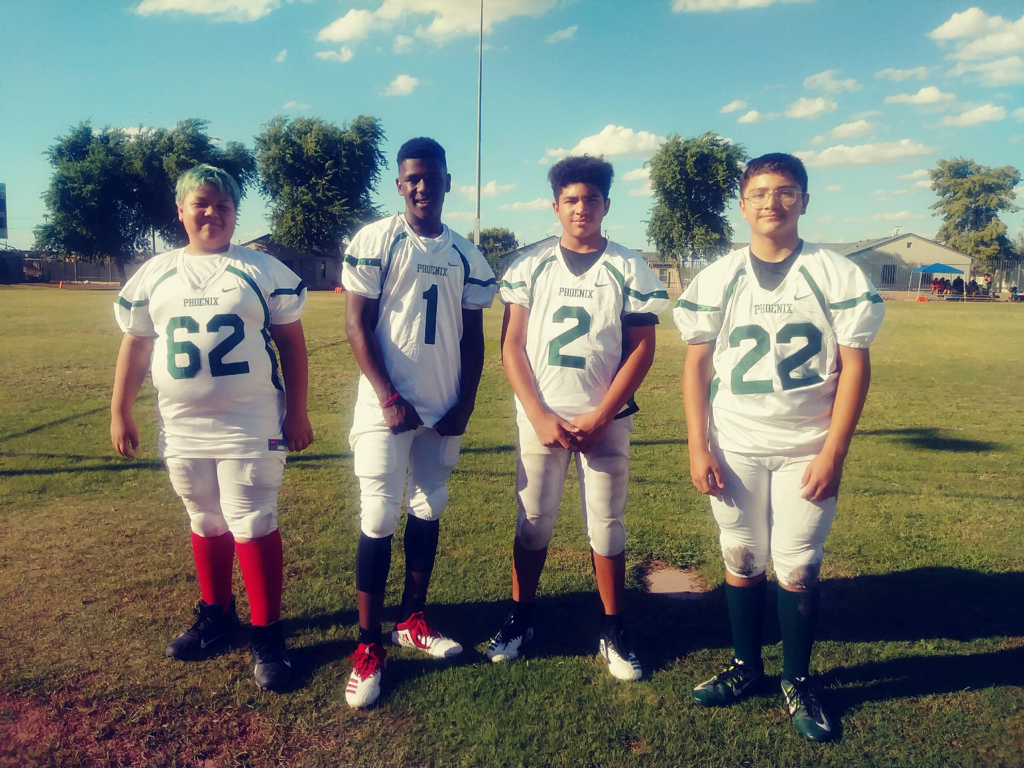 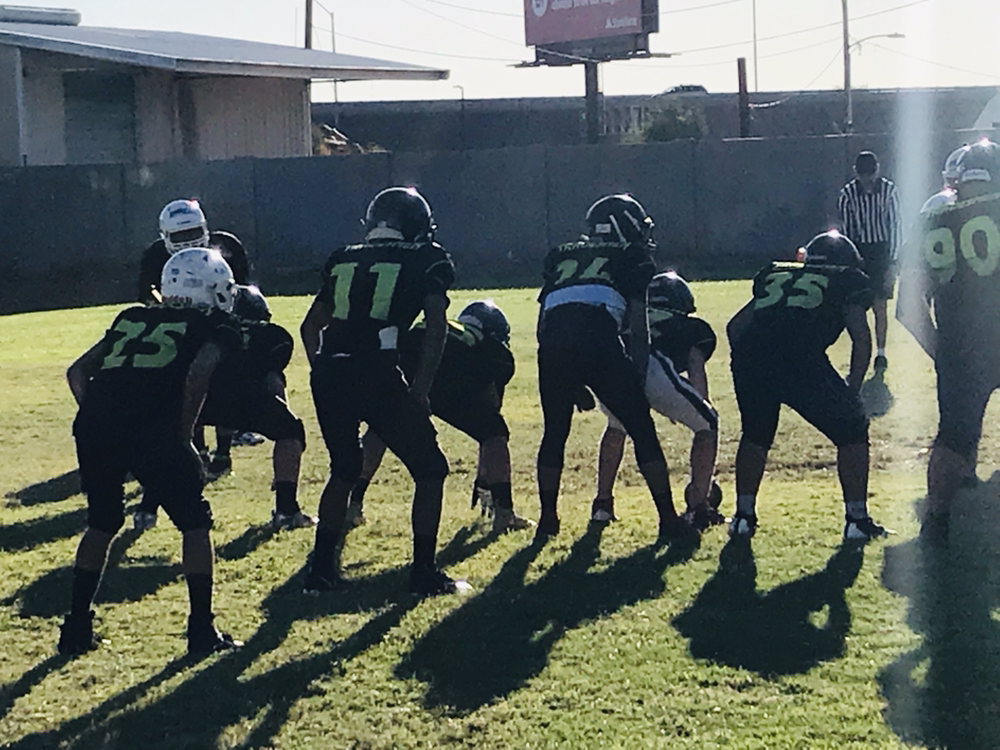 After a scoreless first half Del Sol strikes first and was successful on the extra point and that proved to be the difference in this defensive struggle.

A chess match well played. Del Sol wins the conference and Plays the winner of next weeks Murphy vs South Central Junior Cougars (next WEEK. Florida bound Indio, Cali Shadow Hills takes on Del Sol in the late game next Saturday. We'll also do a couple of bowl games in NOVEMBER as well. 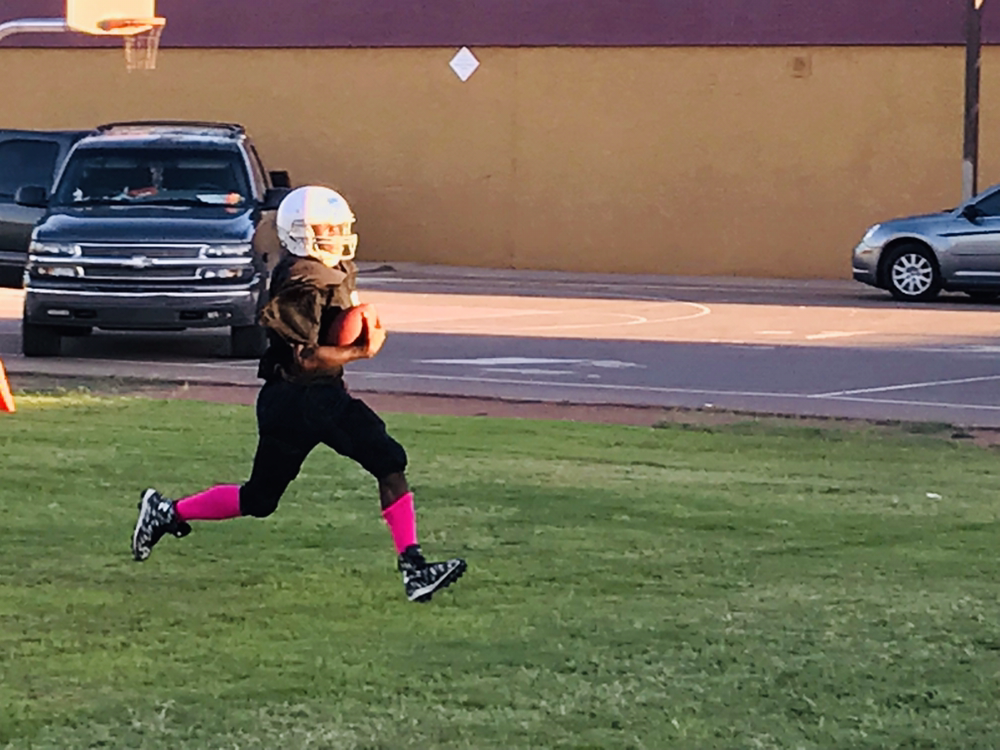 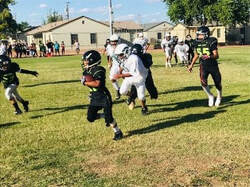 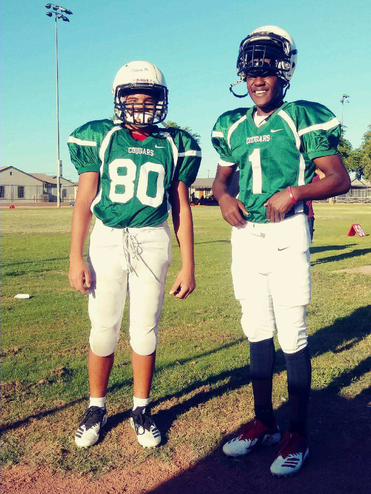 YUMA 38, Junior Cougars 28
Yuma went up 18-0 midway through the first half, actually making it look easy.

This was an incredibly exciting game as the younger, smaller Cougars clawed back against a older, talent team from Yuma.

The Cougars regrouped in the second half behind Quarterback Kezion Dia-Johnson’s 3 touchdowns, clutch play offensively and defensively from receiver/linebacker Gavin Michell and outstanding offensive and defensive line play. Michell led the team in tackles and receptions.   Dia-Johnson scored on runs of 85, 70 and 65 yards. Running back Luke Hocking also had a big day grinding for the tough yards between the tackles and stepped up at linebacker.

Pressed into varsity duty vs a veteran team, Kai Carter and Cashis Grimwade held their own, especially in the second half when they were most needed.